Thirty years ago, a friend of mine wrote me a letter on stationery from Kasser Bros. Liquor Company. His dad was a liquor salesman in Atlantic City, so, as I was discover through what became a lengthy correspondence, there was a steady supply of letterhead. My friend was sitting shiva for his uncle.

“Yes, my uncle did die,” he wrote. “We just finished saying Kaddish, which is actually quite a beautiful prayer.”

I remember the letter precisely. The paper itself is in an accordion file in a basement in Great Neck, New York, so it’s not in front of me. This is part of the fun of being eidetic.

Strange now to think of you, gone without corsets & eyes, while I walk on
the sunny pavement of Greenwich Village.
downtown Manhattan, clear winter noon, and I’ve been up all night, talking,
talking, reading the Kaddish aloud, listening to Ray Charles blues
shout blind on the phonograph
the rhythm the rhythm–and your memory in my head…

My friend’s uncle died on the last night of our basically unsupervised teen poetry sleepaway camp. We sat up all night talking and listening to cassettes on a boombox, which wasn’t unusual. That night, though, we were especially bereft, hour by hour, dreading the end. We didn’t want to say farewell. That night, like all the nights, we never tired. Not an ounce of bleariness. And no coffee. Imagine that.

My friend knew his uncle was sick, but during all that hypomanic group frolic, of which he was impresario, he had no clue he’d standing in a Jersey cemetery 48 hours later. I recall the exact turning of the sky, 5AM-ish, Annandale-on-Hudson, bird sounds, my sixteen-year-old brain crisp with sleep deprivation. Late that morning, all the parents came to pick us up. I have a photo of my friend Emile’s dad putting his guitar case in the car, hatchback open. We were so glum. We knew our lives had changed and we didn’t want to go home. Going home was absolutely the worst thing to ever possibly happen.

A few days later, the letter from my friend. I needed to check out Kaddish, the mourners’ prayer, he said. In addition to the James “Blood” Ulmer. And keep the “Jim C. book as a tribute from you to me, dig?”

I am 99% certain I transcribed a poem by Ezra Pound’s girlfriend, H.D., in my reply, on my own family business letterhead.

Such cute pishers we were. 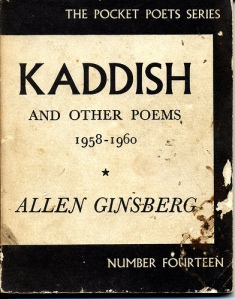 In his first letter on Kasser Bros. my friend provided what we would today call a playlist. His soundtrack for shiva, playing in his bedroom: Byrds. All Byrds. Nothing but Byrds.

“No more Byrds for me for a month,” he wrote.

Lately, in my 2012 San Diego life, I have been thinking about death more often than usual.

When you are extra aware of death and time passing and the aging of everybody and the hideous early deaths of some, Roger McGuinn sounds perfect. The jingle-jangle keeps you going. There is dirge aspect, to be sure. But there is glistening.

The other day, while IM-ing with Emile of the aforementioned family hatchback, I confessed that I’d just played “My Back Pages” 15 times in a row.

He ordered me to put on the Jam’s Sound Affects ASAP. His advice is always excellent, and I complied. It didn’t work, though.

Straight to “Ballad of Easy Rider.”

No more Byrds for me for a month.

One response to “Turn! Turn! Turn! (To Everything There Is a Roger McGuinn)”